And this is where our story of the Swedish BBS-era must end: with the story of the wander in the desert and how the boards made a small come back when we were all old enough to become nostalgic. I also want to thank Fabian Norlin, Sysop for “Fabbes BBS” for giving me statistics and a cool story to tell. It’s all in the show, and let’s get that started then!

00:00 ericade.radio – Time for another episode of Flashback – Tracks from the past
00:06 DJ Daemon: Welcome to a wander in the desert and the third part in the three-part miniseries about the Swedish BBS-scene. It’s been quite a ride, but in 1997, the scene was dissolving as people found GeoCities and used Alta-Vista to “Google” for stuff, which was quite a trick as Google had not yet been founded. This is not about that – this is about us, the Sysops, wondering what the heck had happened.

00:40 Meztli Blue – Moonflower
02:48 DJ Daemon: In the previous episode I noted 1995 as the year that the Internet started taking over. A technology doing such a thing is called a “disruptive technology”. And it was. The demo scene started shifting to webpages, IRC-chats and FTP-servers and the Sysops were looking at diminishing returns. The Internet was everyone’s darling and the boards had faded into obscurity as they required you to know their numbers, deal with busy lines and sometimes pay long-distance fees. Most of the development of the software the boards were running, ceased as the focus was shifted to more viable communication-forms. But not all was lost, the Internet offered a solution for the Sysops: telnet

03:48 Bassie of Image – Gradually unfold….
10:39 DJ Daemon: Telnet, the much-maligned, non-encrypted form of direct communication that could use Internet for transport promised a place for the boards. The problem was that in the late 90s, very few people had access to broadband or any other always-on connections. Some people found refuge in the large University networks, where they could get a 24/7 connection for their BBS:es. Other found corporate networks and some actually had some of the earliest forms of broadband that could be bought. Fabbes BBS was one of those survivors, turning to telnet for aid.

11:27 Melcom – Doom
15:04 DJ Daemon: I wish I could give you some hard numbers on the decline… AAAAAAAAAND, I can! A huge thanks to Fabian Norlin, Sysop on Fabbes BBS, which I will talk about later in this show. I contacted him to get an interview, to which he kindly declined. But he did create a list over the logins per year on his BBS, beginning in the year 2000. At that year, nearly 42000 logins were registered. In 2001 it was down to 35000. 2002 marks a sharp drop-in activity with only 18000 logins. This is close to a cut in half. With some notable exceptions it dropped and was down to 944 in 2008. The end came on the 31st of May 2009, when the system crashed. Fabian dryly notes that Michael Jackson died on the 25th of June that year and was just as likely to be resurrected as the BBS. He was wrong.

16:23 Timelord – Disillusion
22:01 DJ Daemon: Let’s leave Fabbes for a moment and look at the Internet that was everywhere now. In 2000 we were vary buying stuff on the Internet, ten years later we bought expensive electronics on the Internet and today we buy pretty much everything over the net. In 2000 security was horrible and the hackers were amateurs, today our security wears army boots and the hackers drive tanks. In 2000 forums were where it was at, and today we look beyond Facebook, Twitter, and Reddit for the future of communication. In 2000 people on the Internet were joking about how bad the old people were at using computers. Today, Sweden has 109 years old blogger Dagny Carlsson. We love you, Dagny! She may be on hiatus due to bad health, but I hope she makes a comeback soon.

23:08 Mr Potatis – Gurk invasionen
26:10 DJ Daemon: So, Fabbes BBS, then. I must talk more about it, as it’s one of the few well documented boards and still operating to this day. It’s almost entirely in Swedish and runs the Amiga-based software Nikom. Same as my own board did and does. Started in 1993, same year as mine, it was resurrected in 2014. It recovered to close to that of its mid-2000s activity. But the numbers of logins quickly dropped again and was down to a mere 338 in 2016. After that, Fabian is unable to find reliable statistics. But why did it matter that it came back? I would say, because 2014-2017 saw the big return of the boards.

27:16 Craig Stern – A Cave of Faeries
32:32 DJ Daemon: I came back to all things Amiga, it now being retro, in 2017. It was a friend of mine, Sad of Padua, who got me back into it. We went to Datastorm 2017 in Gothenburg, and I dug up my Amiga 500 from my cellar. Later that fall I started telnetting to BBS:es such as DeltaCity, Retrobasen, This old cabin and off course Fabbes. Retro was hitting hard in Sweden, as us old men and some women were now becoming nostalgic. The whole retroscene/demoscene saw a resurgence usage of old stuff. New hardware for old Amigas, Ataris and PCs made it possible to start the old machines up again and was going from a small stream to a big flood cool stuff you could buy. The BBS:es had to come back and did.

33:38 Larph – Ohi e oob zih gobzi
38:47 DJ Daemon: Getting old technology working can be a challenge and it’s almost certain to be quite expensive. So, most of us opted to restart our BBS:es on virtual hardware. I started my BBS, the ERICADE Network back up in 2018 on FS-UAE. Today it runs WinUAE and it is many times more reliable than the real hardware ever were. Some boards have rejoined Fidonet or other hobbyist networks. A lot of this was for the joy of working with technical challenges rather than getting lots of activity. We could share technical advice, cool stories, and software with each other to the get everything running.

39:50 Gopher – A Time Before
44:27 DJ Daemon: In 2015, Niklas Lindholm were able to get the source code of his old BBS-software Nikom back from Thomas Kärki. And he started development of it again. This time, he fixed the Y2K-problem, added support for modern standards such as UTF-8 and removed timeout limits that no longer made sense. This made it possible for Delta City, Retrobasen, Fabbes, The ERICADE Network and a few others to work on the Internet in modern times. Nikom is now open source and can be found on Github.

45:13 Bouncing Musicbox – Happy life
49:31 DJ Daemon: Most of the new BBS:es started in 2014-15 and some kept coming online as late as this year, 2021. But today, the spark is out again and here in Sweden the activity is lower. Some BBS:es like DeltaCity is still very active, but others have faded into obscurity. It goes to say that the retro hobby, or “the illness”, as we jokily call it may be slowly going out of style. But don’t count it out! There are several forums, YouTube-channels, Podcasts, demo scene compos that refuse to let the hobby walk into that good night. But the BBS:es right now feel like they’re not likely to rebound. And that’s ok, we can find many other ways to venerate our love of computers from the home computer era. This podcast does its part.

50:42 Ghormak – In Vain
54:44 DJ Daemon: My closing words must be that it’s been a fantastic journey and one of the big hobbyist revolutions in modern times. Earlier, radio amateurs flocked to their radios and bridged great distances. Hobbyists are not gone at all, but maybe a bit harder to spot. We run our old BBS:es, Raspberry Pies, Mastodon-instances, and other things with a very big smile on our faces. And the newer generations find streaming, vlogging, podcasts and chats on Twitch and Discord a fun way to learn how to master a truly noble concept: creating a free and open community.

55:33 Franz Koopa – Gares de la Tropopause
58:56 MC Dreamer – Dreams 1484
01:02:54 DJ Daemon: The hobbyist networks are in stark contrast to the streamlined communities where people become consumers of algorithm-selected content that make them angry and active in condemning other people, political views and what they see as orthodoxy. I end this with a quote by sci-fi writer Isaac Asimov: “Anti-intellectualism has been a constant thread winding its way through our political and cultural life, nurtured by the false notion that democracy means that ‘my ignorance is just as good as your knowledge.’” 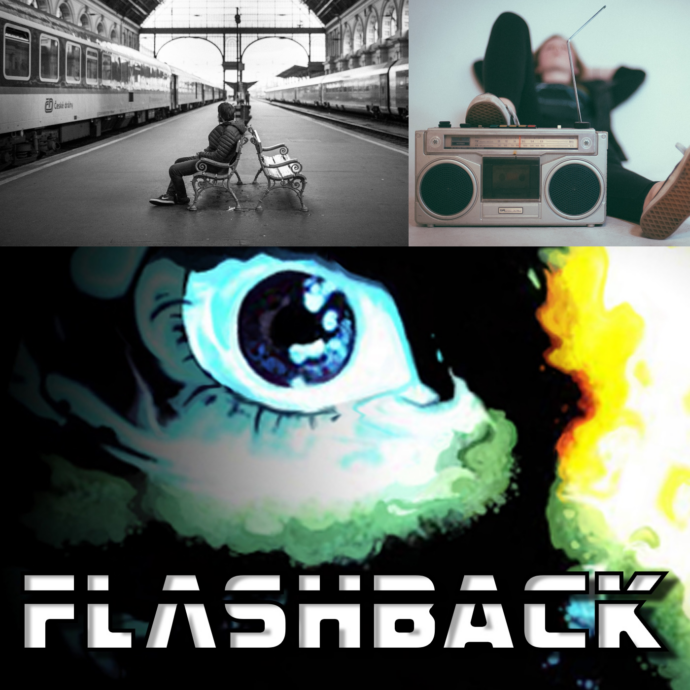 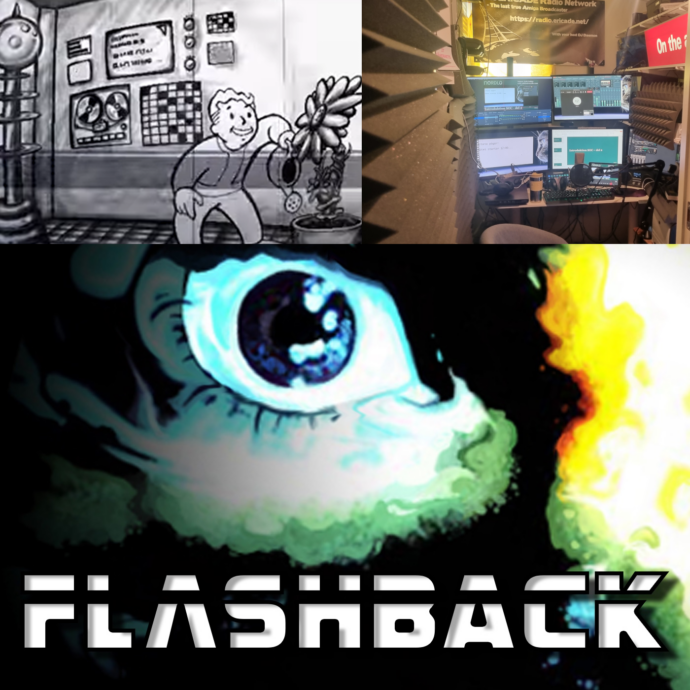