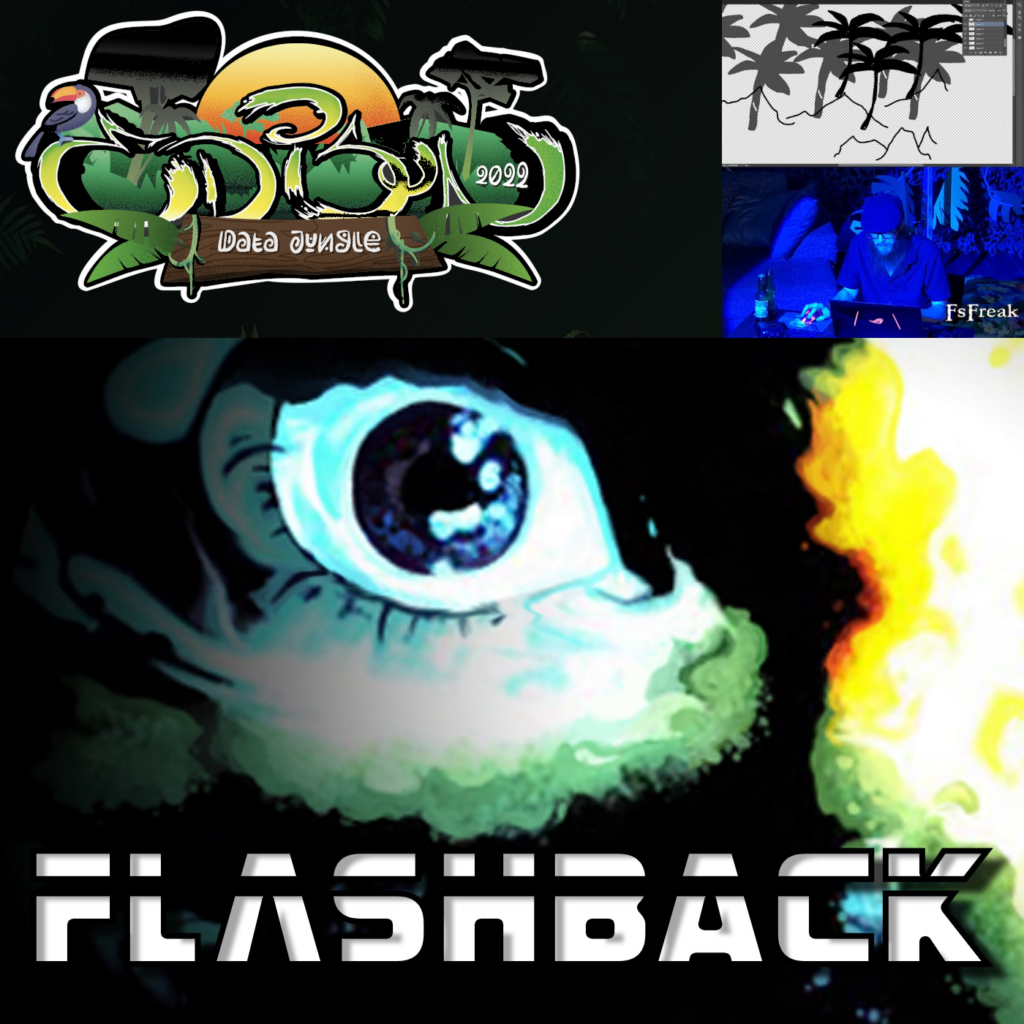 Edison Party 2022 has left the building in Eggebygård in Stockholm, Sweden after three days of the sceners battling it out with trackers, compilers and drawing programs. We got the tracked music toplist and four of the best streamed tunes from the party.
DJ Daemon delivers commentary and all the music for your listening pleasure! 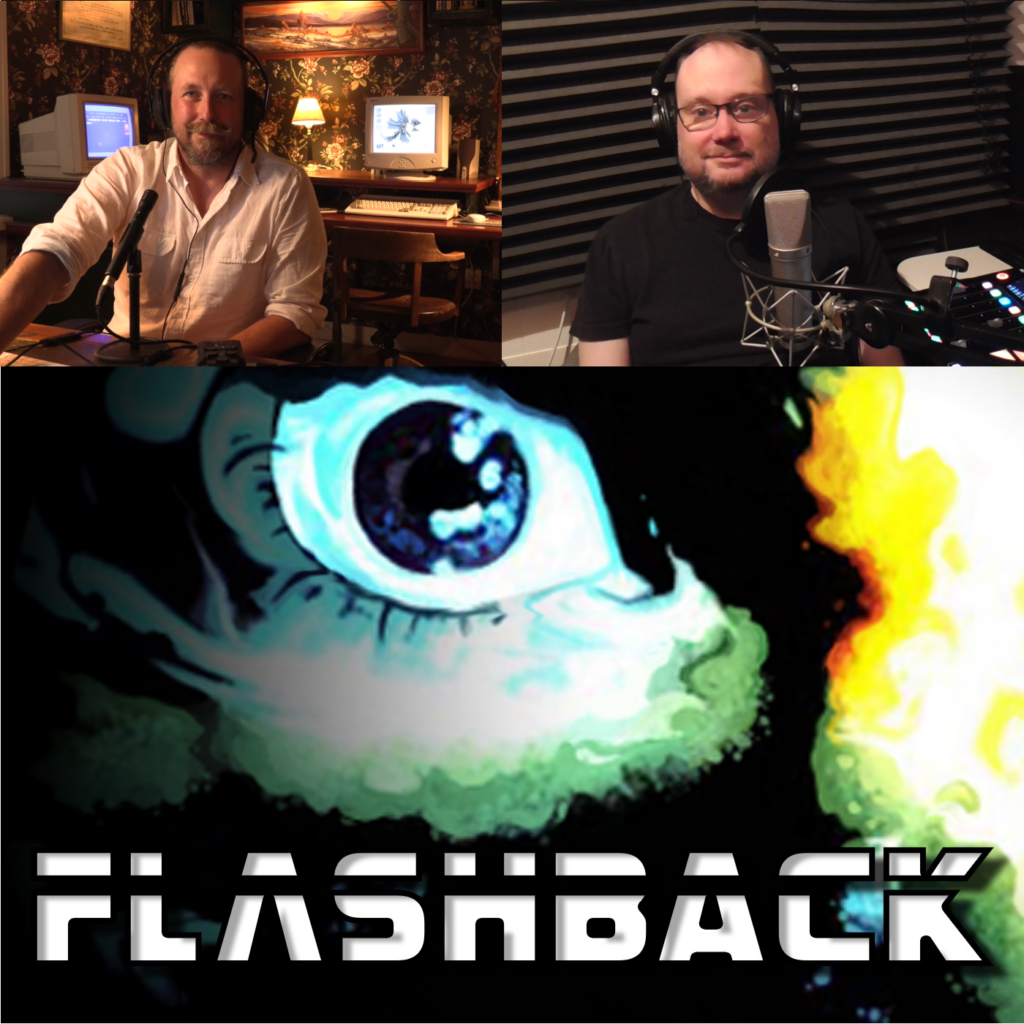 In the middle of the hot summer of 2022, two sysops met over the Internet and started talking retrocomputing, the Amiga, the demo scene and the horrors of overheating modems and why you valued what you downloaded more back in the day. In this episode, DJ Daemon and Hravnkel also selects their favorite Amigatunes from the 90s and talk about why they like them so much.

Hravnkel is an old ascii artist whose first BBS lasted two hours. But he started a new, modern one called “This old cabin” in 2017.

Both are fans of Commodore, the Amiga and the C64.

97. Another summer fly-over – Flashback, tracks from the past 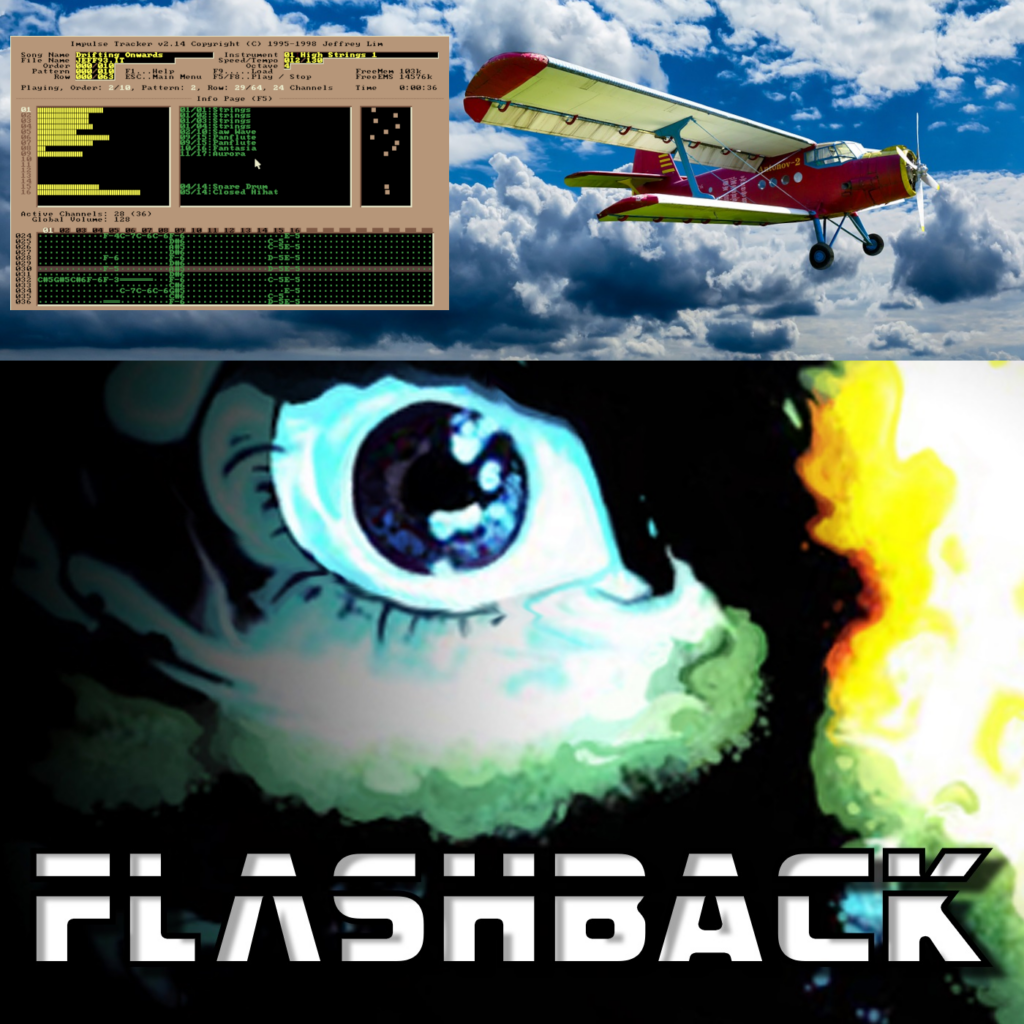 The middle of July until early August is what I call the “fly-over” territories of the summer. You just pass through them while enjoying your life. I go back to work tomorrow but hope for some more vacation in a few weeks.

So relax a few more days, when the weather is great and there are few things going on. 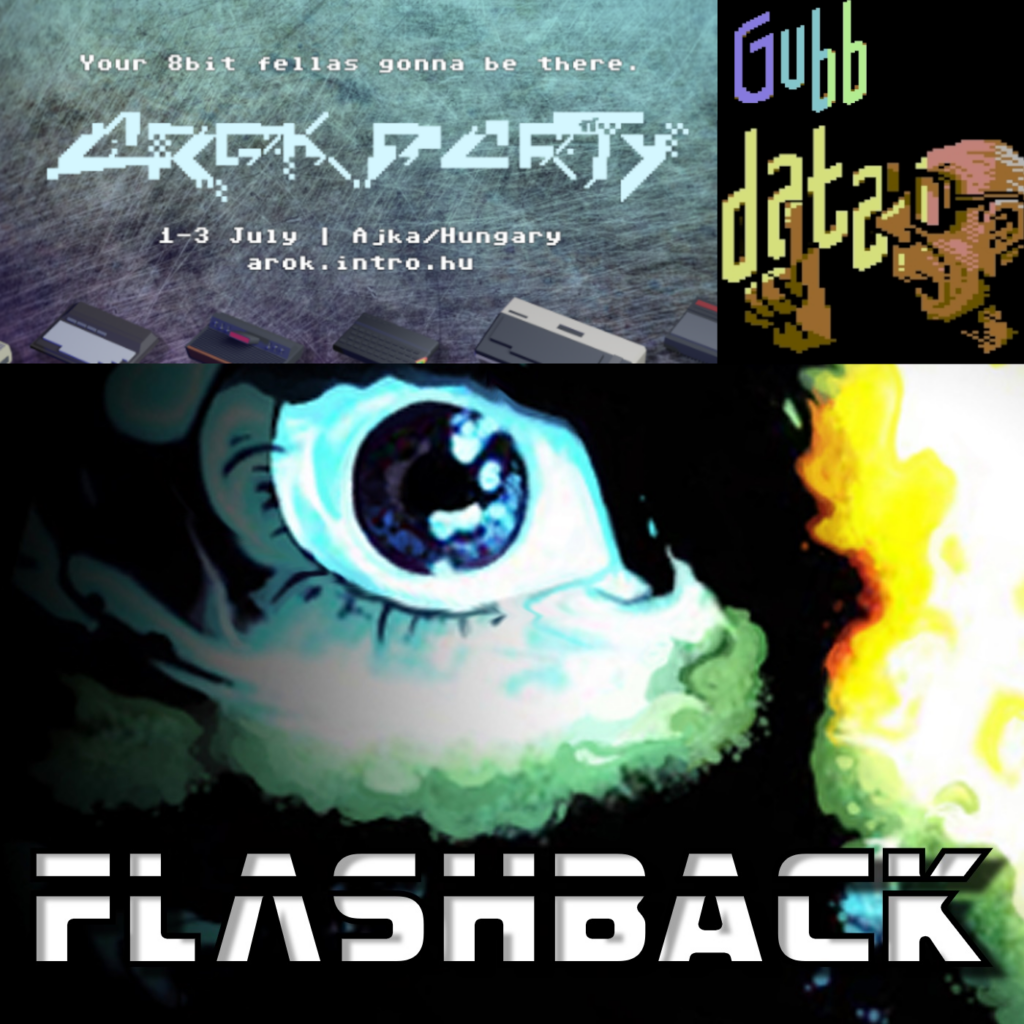 Search and request tunes on Discord! 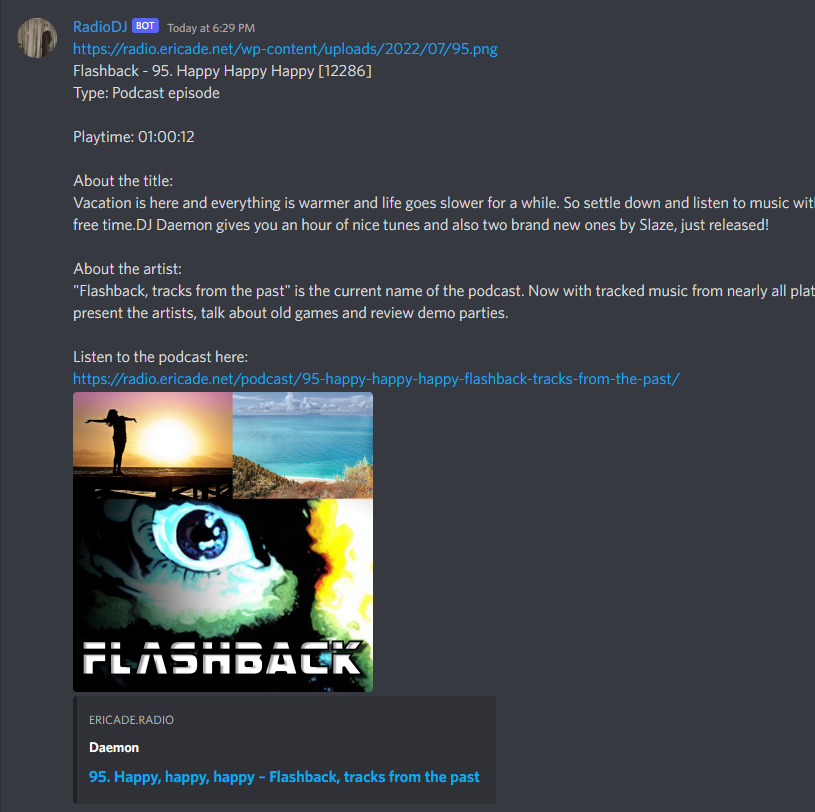 This Discord-channel is connected to the station! You can search for artists, tunes and information! We even have an automatic request-function, if you can’t wait to hear your favourites again! This is the same as on the website, but now on Discord. /nowplaying1 – What’s playing on 24/7 tracked tunes. /nowplaying2 – What’s playing on […]

95. Happy, happy, happy – Flashback, tracks from the past 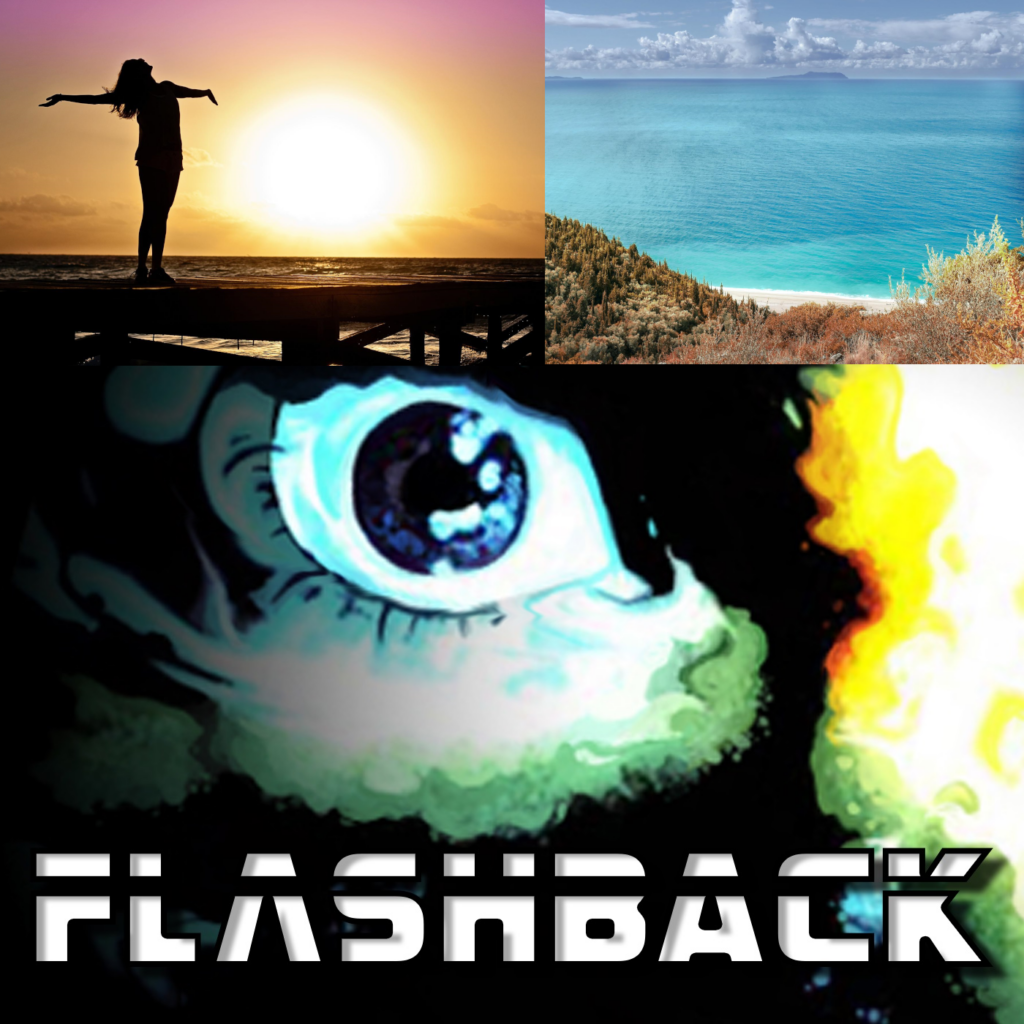 Vacation is here and everything is warmer and life goes slower for a while. So settle down and listen to music with a “happy”-theme. Because we’re all happy to have some free time.

DJ Daemon gives you an hour of nice tunes and also two brand new ones by Slaze, just released!